The interview goes from the 17 Tre Bicchieri that Umani Ronchi obtained during the years (last in order of time, Vecchie Vigne 2015), till the motivations that have pushed the company to overcome the borders of Marche region to reach Abruzzo and discover a new and different production reality.

A motivation that goes beyond commercial strategies since it finds its most natural response in the position of this territory marked by a red line called Montepulciano varietal, that naturally connects Conero and Abruzzo.

"Integrating our production with Abruzzo wines - explains Michele - makes sense if we look at the physical map of the two regions: both face the Adriatic sea, both are very hilly (especially the Teramo area) and are characterized by hills placed from the south-west to the north-east. Then, obviously, there are important differences among these two regions, but basically, extend our interest from Marche to Abruzzo, has been very natural ».

Together with the new vineyards of Abruzzo we also talk about another grape that is increasing  a lot as great protagonist of the Adriatic wine industry: "We arrived to the Pecorino after a few years. It is certainly a vine that deserves the success that is actually having, since it offers very modern wines and combines freshness and sapidity to a great personality, qualities that allow producers to realize different interpretations of the wine, like it happens sometimes with Verdicchio ". 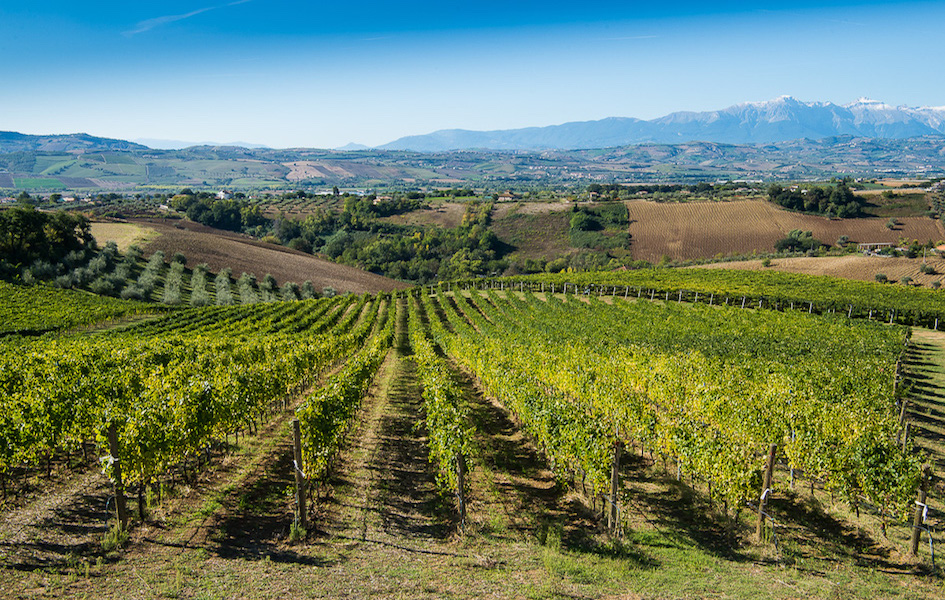